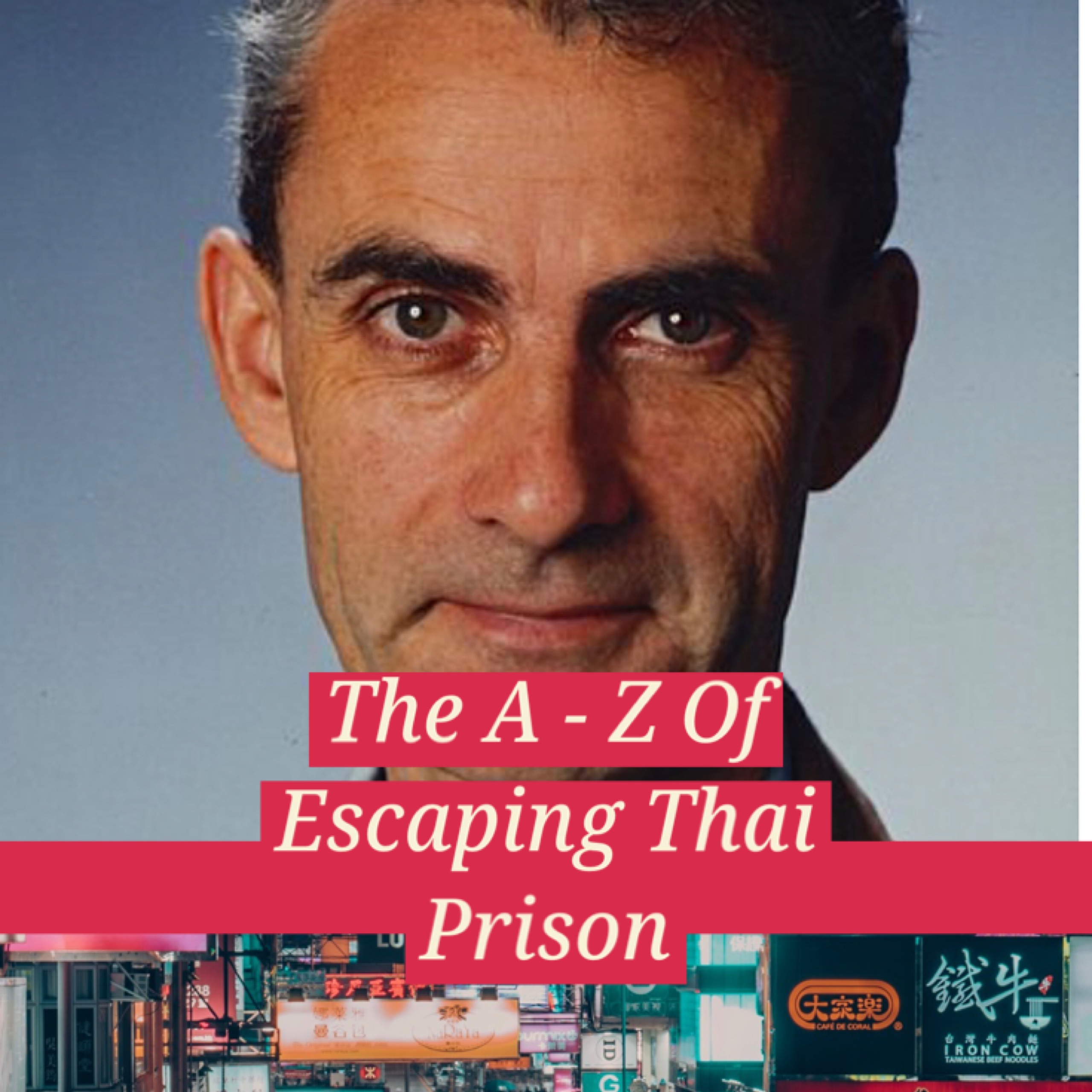 The Shocking True Stories
Could you survive a Thai prison? 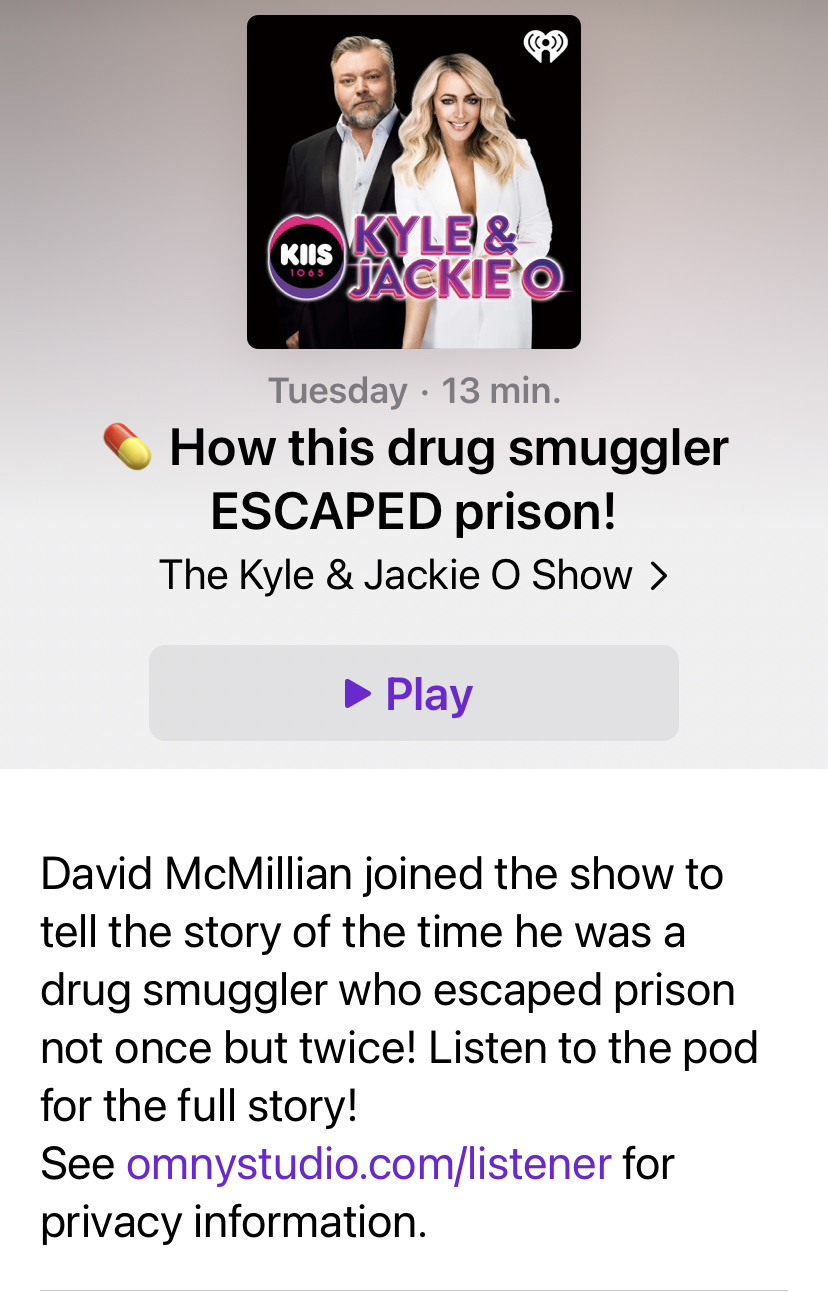 David McMillan’s remarkable tale of an incredible escape from Klong Prem Prison, a feat that no one thought possible.

“Two Weeks Before My Execution By Machine Gun, I Abandoned 20 Earlier Escape Plans — And Got Out The Traditional Way: Over The Wall.” David McMillan

“The Major Problem Was There Were 11 Walls. To my eyes that day, the fact that everyone was armed to the teeth told another truth: anything worth carrying long distances through hard and dangerous country is often worth more than other travellers’ lives. I hoped it would not be mine for I was twenty-three and too inquisitive to die soon.”

In 1996, he was held in one of Thailand’s infamous Bangkok Hilton prisons.
David had to escape. It was a matter of life and death.
Thank you to James Speed for his help on this story.

The Heiress Who Escaped 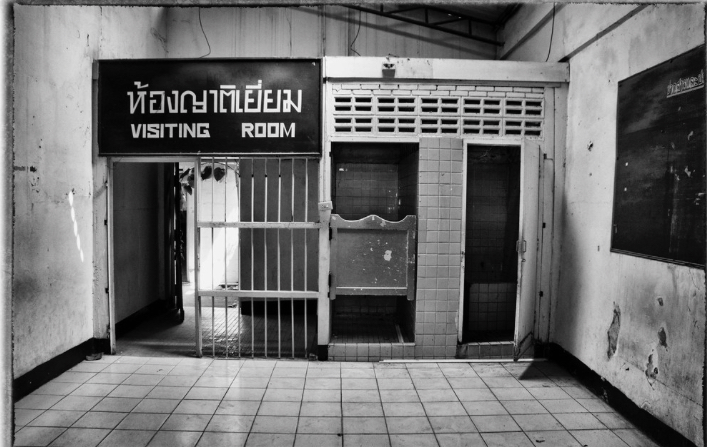 Support our work on Buy Me A Coffee

Lisa, just out of her teens, is our first story in the incredible group of tales of Thai prison nightmares. 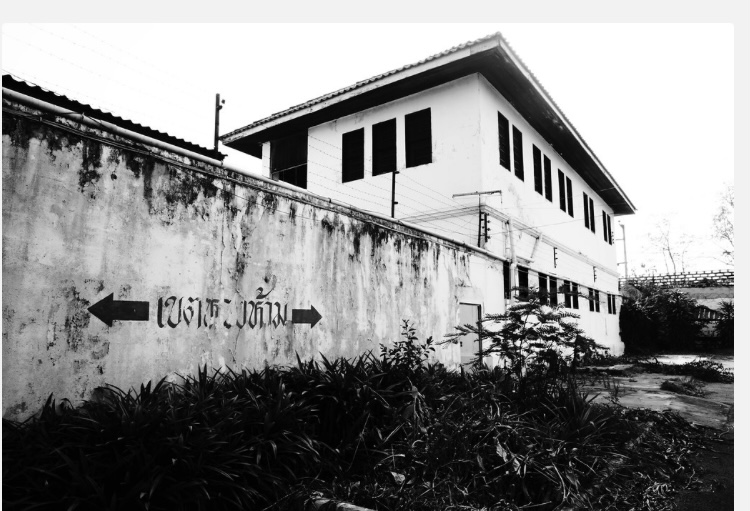 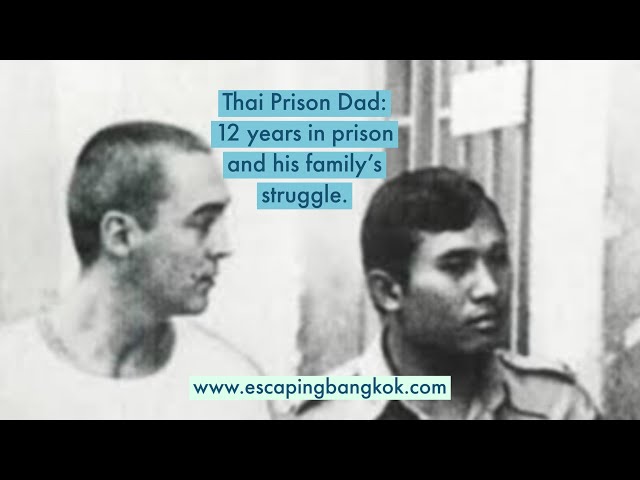 Warren Fellow Book | My Dad Was In A Thai Prison Sydney Writer Adrian Simon today takes us on a trip back In time to when his Dad was arrested in Thailand for drug trafficking. Father Warren Fellows disappeared from … 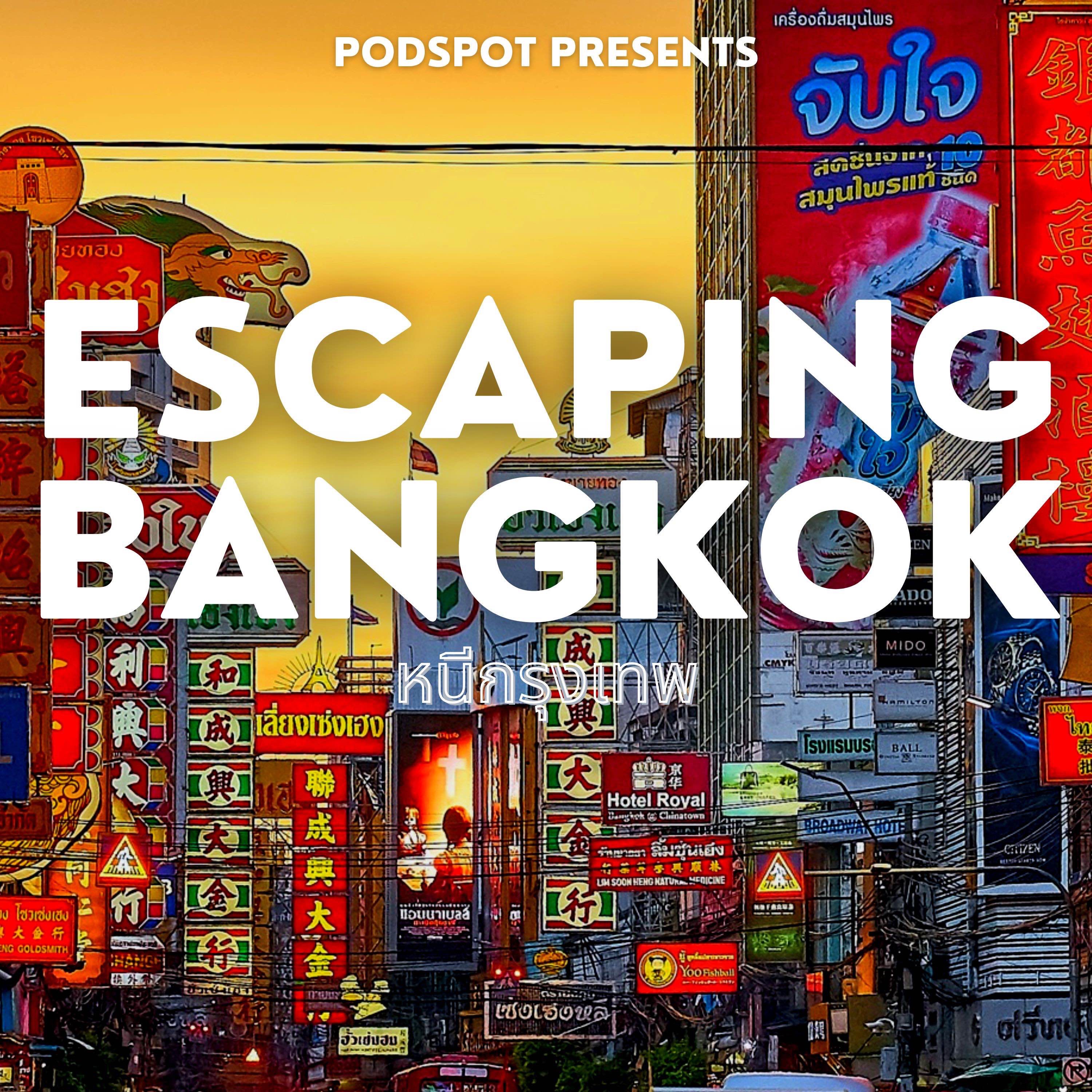 Let's Start | My Dad Was In A Thai Prison 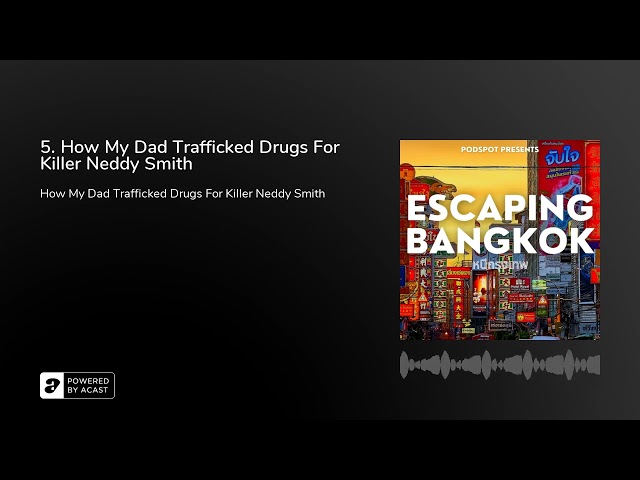 How My Dad Trafficked Drugs

Please rate and review Escaping Bangkok on Apple Podcasts. Join us on Facebook, TikTok and Instagram @EscapingBangkok. This is where you will find our YouTube channel. Lisa can be found on Twitter @lisapodcasts.  Produced by Podspot Keep in touch and …

How to Escape a Thai Prison | David McMillan

In 1996, serial smuggler David McMillan, aka McVillain, made an audacious escape from a Thai prison. This was a dangerous feat no westerner had ever achieved. So he tried it, regardless of the risk. The former child star found himself … 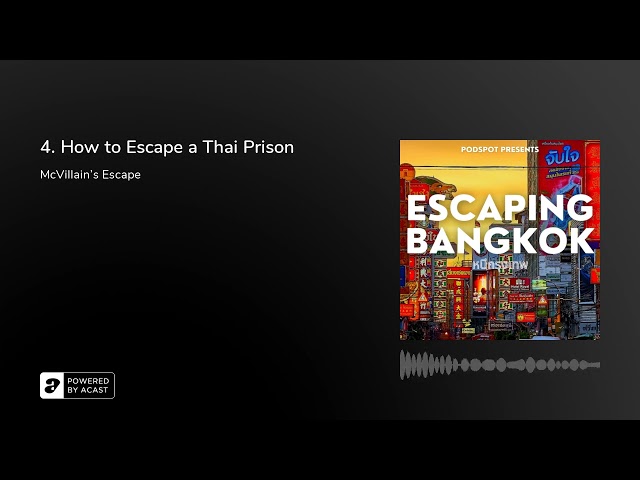 How to Escape a Thai Prison #prisonbreak #true

In 1996, admitted serial smuggler David McMillan aka McVillain made an audacious escape from a Thai prison, a feat no westerner had ever achieved. The former child star was just out of a stint in the notorious Australian jail Pentridge … 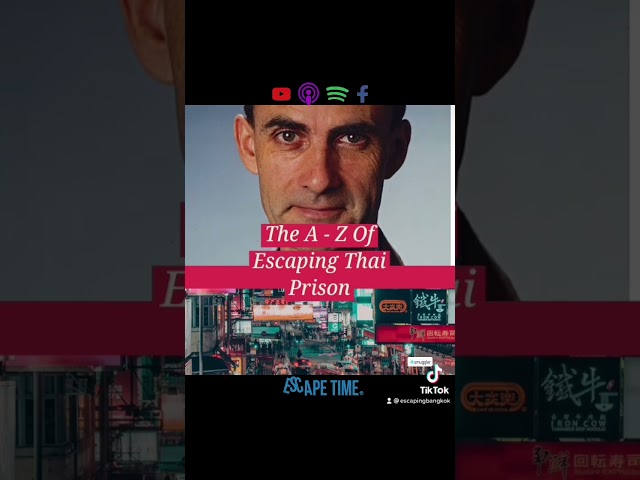 The A to Z of Prison Escape By the Man Who Has Done it. Twice. #short… 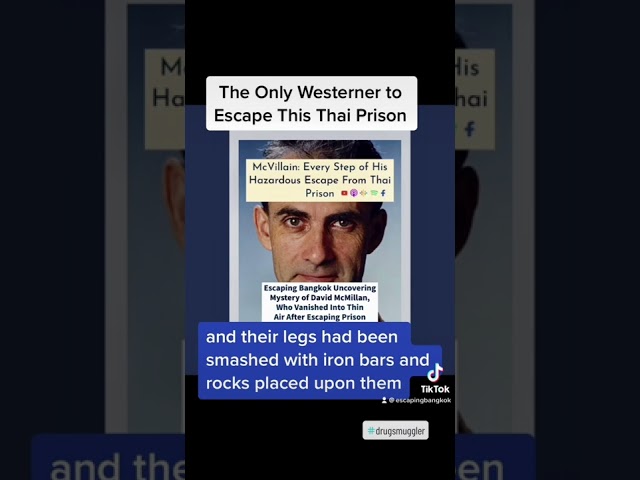 In 1996, the serial smuggler, David McMillan, made an unlikely escape from a Thai prison known as Klong Prem. This was an audacious feat no westerner had ever achieved before the former child star made his dash to freedom. The … 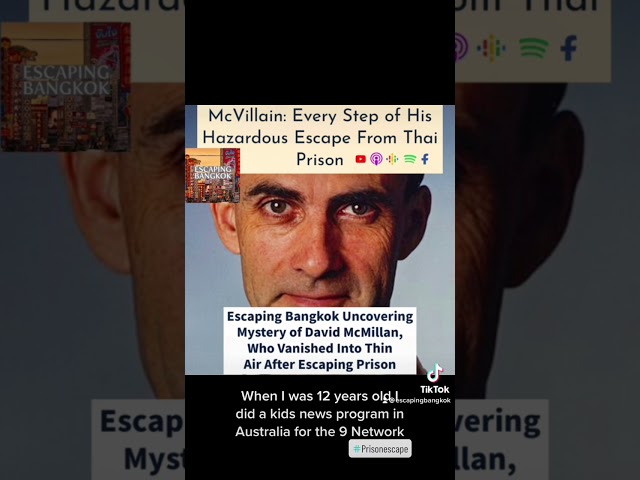 McVillain - Every Step of his Dangerous Escape from Thai Prison. #pri…

David McMillan had two weeks until he was executed in a Thai prison. He had to escape. Find out what he did to disappear into the shadows this weekend on Escaping Bangkok the Podcast. #jailescape #prisoner #prisonbreak #prisonbreak #prisonlife #lockedup …

How do you stay under the radar for almost 20 years? Alleged smuggler Lisa Marie Smith is now the world’s most wanted woman, according to Interpol, the international policing agency. But where is she? Lisa has been outsmarting law enforcement …

Lisa Marie Smith Thailand | How a girl born in Melbourne, Australia, ends up on an international most wanted list.

How True Crime Affects Society | There is a dark truth behind the explosion of true crime podcasts, according to experts | The Shocking Findings About Fe…

How to Escape in Bitlife or Real Life

How to Escape Prison in Bitlife Or Real Life | Serial smuggler David McMillan made an audacious escape from a Thai prison, a feat no-one had done | Escap…

"This sounds great. I cannot wait for the rest of this podcast."

By Myrtle McIntyre on Oct. 13, 2022 via Apple Podcasts
See all reviews

Escaping Bangkok tells the stories of those who have survived nightmare stints in a Thai jail.

“Two Weeks Before My Execution By Machine Gun, I Abandoned 20 Earlier Escape Plans — And Got Out The Traditional Way: Over The Wall,” admitted smuggler David McMillan said.

“The major problem was there were 11 Walls,” he said on Escaping Bangkok the Podcast.

Listen to us here 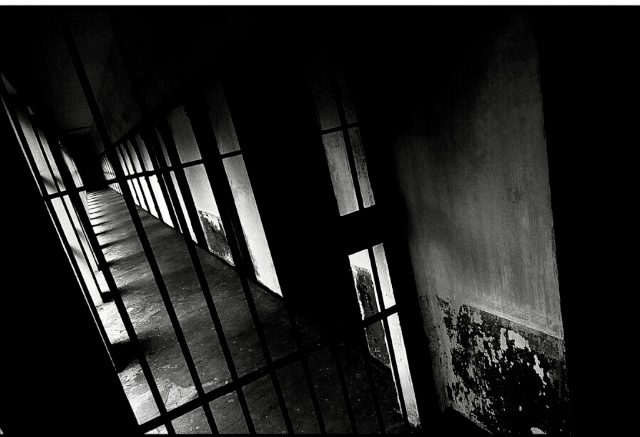 Moreover, this show adds the testimonies of others whose lives have been derailed by the Thai prison system.

“Escaping Bangkok” tells you about the incredible experiences of people who go through jail hell and get out alive.

They actually survived these Thai prisons. Could you?